Amajuba DM hosts the Grade 12 Excellence Awards for the Class of 2019!

Amajuba District Municipality in partnership with the Department of Education hosted the Excellence Awards for the Grade 12 Class of 2019. This annual event which intends to recognise the efforts and excellence in the Grade 12 Class took place at Richview Hall on the 31st January 2020.

This year’s edition of the Excellence Awards was supported by local companies such as Moonjam Investments, Amajuba Caterers & Decorations, Royal Hoskoning, Nyezenhle Holdings who all made contributions towards the execution of the event by sponsoring the tokens received by the candidates and also assisted with the logistical arrangements of the event.

Speaking on behalf the sponsors, Mr Teddy Nyathi of Moonjam Investment, thanked the Mayor for allowing local businesses to be part of this special occasion which allows them to contribute towards the enhancement of the lives of the young people and their education. “We are excited to be part of this occasion. As local companies we have a responsibility to bring back to the community. When we received the call to participate in this programme we had no reason to hesitate because we understand what it means to the people of Amajuba District and to these young boys and girls who are being recognised for their efforts”, said Mr Nyathi who further made a commitment that in future his company will make funds available to sponsor bursaries for at least 10 of the best performers in the district.

The biggest winner on the day was Andiswa Zulu of Zama High School who because of her performance took the first position in the Amajuba District Best Top 10 Learners. Andiswa was recently recognised by the KwaZulu-Natal Department of Education during the announcement of the Provincial Grade 12 results.

The Mayor of Amajuba District Municipality, Cllr Dr Musa Ngubane, in handing over the awards thanked all those who contributed towards the great 2019 academic year noting that Amajuba District took Position 2 in the Province and they were not far off from the district that took the 1st Position. “We continue to be humbled by the efforts of the educators, learners, parents and all relevant stakeholders. We understand that that what we celebrate today represents the efforts of various stakeholders and we wish to thank you all. We are also encouraged by the local companies who committed their resources towards the Excellence Awards. On behalf of the leadership of the Amajuba District Municipality’s leadership I wish to congratulate all the recipients of the awards and all those who succeeded in the Grade 12 examination and wish you all the best of luck for the future”, said Cllr Dr Musa  Ngubane.

The Mayor further handed over the Mayor’s Special Award to the SAPS in the Amajuba District for their efforts in supporting education and ensuring safety at schools particularly during the Examination period. This award was accepted by Col Shoes Magudulela on behalf of the SAPS.

The awards ceremony was attended by various stakeholders ranging from School Governing Bodies, Amakhosi, Teachers, learners and their parents, Councillors, the business sector and officials from other departments. 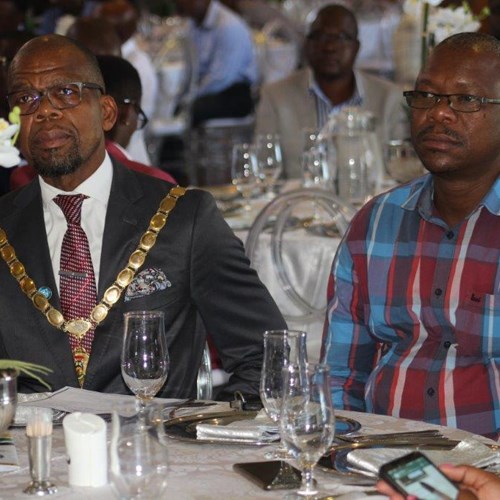 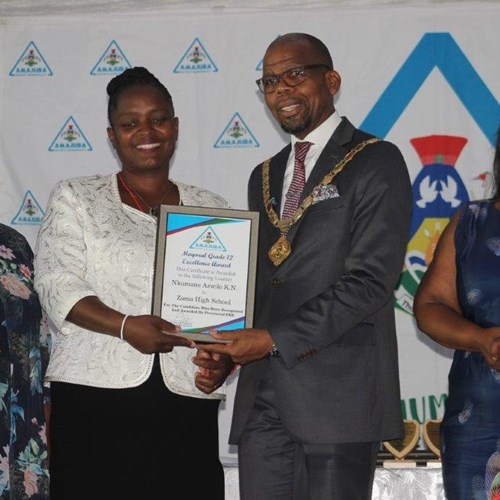